It Started With a Mixx: A Los Campesinos! Primer 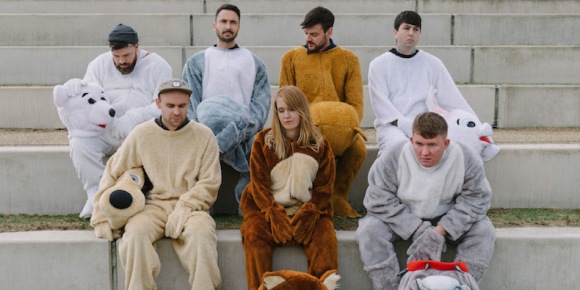 Over the last decade, Los Campesinos! have been an incredibly dynamic beast. Starting as a too-smart tweepop band, they’ve morphed into a band of consistent and surprising depth. The band’s frontman, Gareth Paisey, is one of the sharpest lyricists working today, and though the rest of the band’s lineup has shifted pretty constantly over the years, he’s always been surrounded by other, equally talented players. The band are days away from the release of their 6th LP, Sick Scenes, and are about to embark on their first major North American tour in five years.

We present to you 10 songs over the course of the last six albums. It would be easy to do an equally wordy rundown of all of the band’s non-album material, but for the sake of ease, I’ve decided to stick to their albums.

END_OF_DOCUMENT_TOKEN_TO_BE_REPLACED

Faces on the Radio RSS